It appears there are subtle but important differences in how the brain functions depending on the stage of the disease, or even the lack of disease.

This post was triggered based on the fact that this past week I was hit hard with an infection. I spent four days in bed with fevers, chills, nausea, lack of appetite, and foggy brain. Symptoms like that turn anyone away from eating. And for most people, reduced calorie intake during acute sickness is fine and doesn’t have long-term effects. But for individuals with an eating disorder, these symptoms can trigger eating disorder thoughts and behaviors.

There’s no short answer. But the good news is research is actively trying to answer this question. So far the results are showing the brains of those with and recovered from eating disorders are different than those who have never struggled with a disorder. Researchers see a different:

This is progress. The research helps us understand the disease better. And helps explain why recovery is so challenging.

When I was going through eating disorder treatment, my psychologist would say, “Do you think that’s your eating disorder brain talking”? It was a tool to help me identify when the disease was taking over my thoughts. Identifying the ED brain took practice. Yet, I was actively engaged in my recover and over time it got a easier. Which led to replacement thoughts and developing different neurological pathways in the brain, all encouraging different behaviors.

This past week, I could hear how my eating disorder brain would have used this sickness to its benefit.

In November 2016, Gallup Poll reported that for the past ten years in the United States, on average, 60% of women and 46% of men say they are interested in losing weight. With half our population wanting to lose weight, taking advantage of acute sickness to do that seems to be culturally accepted. And it probably feels natural to boast about weight loss after a sickness. But acute sickness is not the time to lose weight, to hope for weight loss, or to encourage weight loss.

In metabolism some substances are broken down to generate energy for vital processes. Cell metabolism increases when you’re sick so these cells can more effectively fight and resist invading pathogens. Cells are working hard to get us better.
If your cells are doing more, they utilize more energy since nearly all cell functions require at least some energy input. So any time your body is working harder, you are burning more ATP (energy). The moral of this biology lesson is: metabolism isn’t just about calorie burn and weight loss. Plus, you need to eat in order to give the cells the energy they need to fight off pathogens.

The goal of effective treatment is to make recovery and healthy behaviors a habit.

Do I have an eating disorder?

After engaging in behaviors and thoughts frequently, certain things may just seem like normal to you. And that’s part of the trickiness of eating disorders.

Here are several resources to start the self-assessment of identifying if you have an eating disorder:

If you are concerned that you, a friend, or family member may have an eating disorder, please reach out for support and help. The eating disorder brain cannot recover without professional assistance, love, and support. 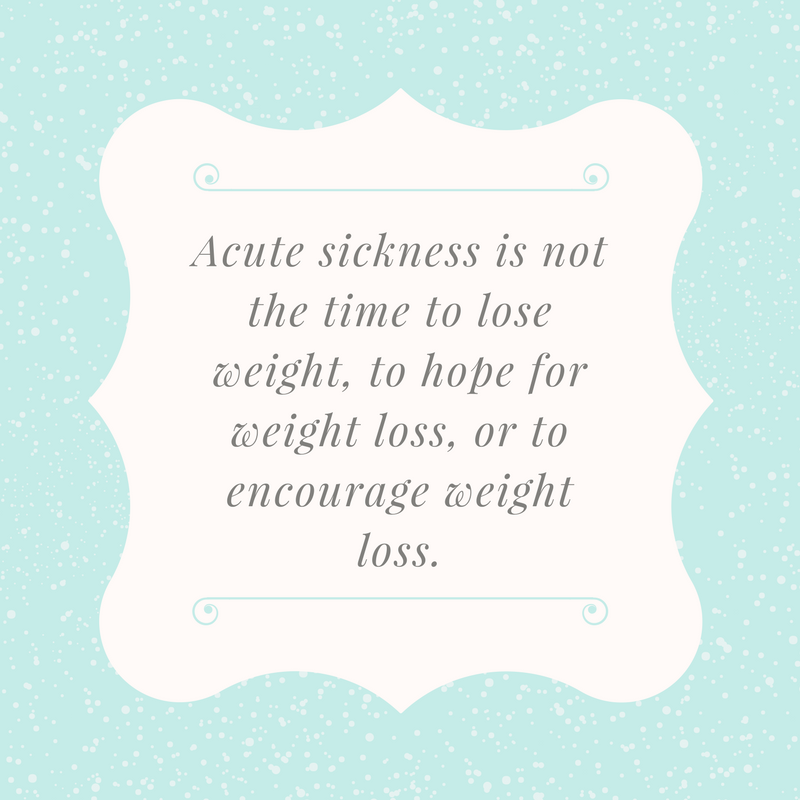