What happens when your body is low on electrolytes?

What happens when your body is low on electrolytes?

Last weekend I ran Ragnar Trail – a fun-camping-trail-running-relay race. I was on a team of 8 runners and each of us was responsible for running three different loops of varying difficulty, which totaled to about 17 miles. My team placed 11 overall and it took us just under 22 hours. 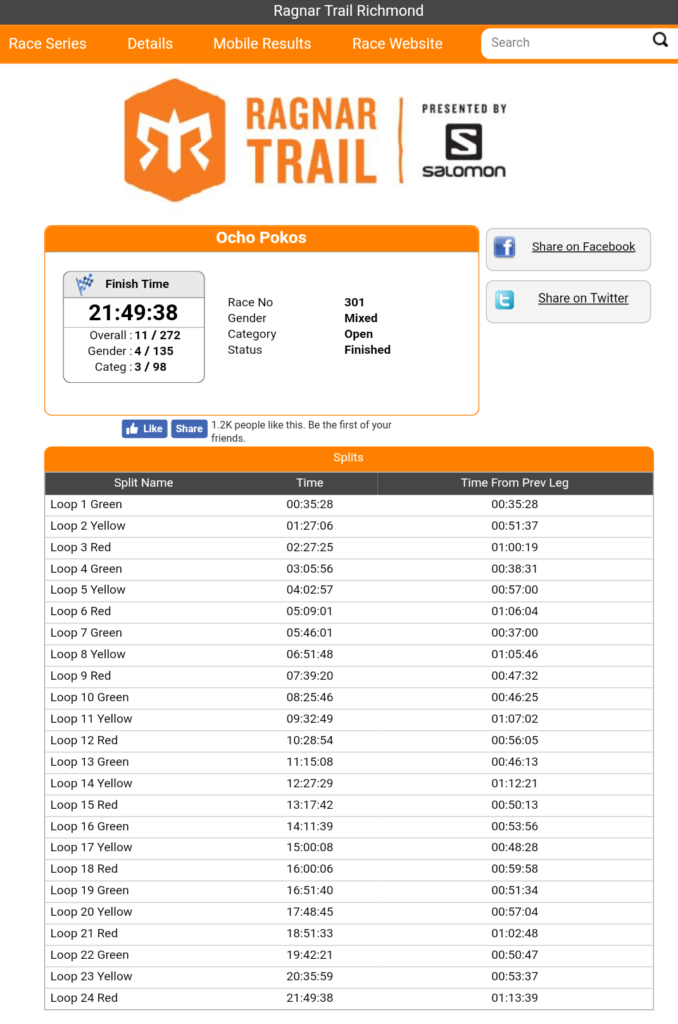 But in finishing this race, I learned a very valuable lesson about electrolytes that I feel compelled to share.

You Need More Than Water

But where I was lacking was replenishing electrolytes. As a long-time runner, I know we need more than just water for endurance events. But it didn’t physically feel like an endurance race since each loop was relatively short. Plus, I wasn’t sweating too much, and I felt good. That is until roughly the third mile of my last loop.

My muscles started cramping and I started to have blurred vision during that final loop. I texted my team a sad face because I was struggling so much. Their encouragement texts helped me reach the finish line. I handed off the bib to the next runner, took two steps, and passed-out.

Medical Intervention at the Finish Line

Ragnar’s medic team quickly responded. And before my husband could even get to me, I was carried off to the ambulance to receive IV fluids. The team administered two bags of IV fluids and provided me with glucose. But my body wasn’t fully responding and I was still having horrible muscle spasms and cramps in my lower legs and feet and extreme tingling in my fingers and toes.

The team decided I needed more than what they could provide to me in the ambulance. So I was transported in another ambulance to the local ER.

At the ER, my blood test revealed I had critical low levels of calcium in my blood. Many of us don’t realize that calcium is a key electrolyte for muscle contractions and therefore exercise performance. Electrolytes are positively and negatively charged ions that are found primarily inside and outside of cells, mostly stored in skeletal muscles, bones, and soft tissues.

There are five electrolytes that must stay in balance for athletes: sodium, potassium, chloride, calcium, and magnesium. Maintaining hydration is intimately linked with electrolytes. We primarily lose electrolytes through sweating, peeing, and non-replishment.

Skeletal muscles are made up of cells called myofibers. Each fiber is covered in a cell membrane called sarcolemma. Electrolytes are stored within each muscle fiber. One of the special organs in the cell is called the sarcoplasmic reticulum, which stores calcium ions.

The Role of Electrolytes in Skeletal Muscle Physiology

Electrolytes are critical for allowing the muscle fibers to contract and relax. This process is highly complex and for the sake of this blog post, I will keep it simplified. These two figures show how the different electrolytes function during a relaxed state and a contracted state.

When muscles are relaxed, calcium is stored in the sarcoplasmic reticulum. Then a muscle contracts and there is an increase flow of sodium into the muscle fiber, which triggers the sarcoplasmi reticulum  to release calcium into the cell. Calcium then works with specialized proteins to activate a process called the “Sliding Filament Theory” where the proteins crawl along each other and this is what causes muscle contraction (small black arrows in Figure 2). When calcium moves back into the sarcoplasmic reticulum, the fiber lengthens again and relaxes.

Chloride is one of the electrolytes that doesn’t get enough stage time because it’s consumed with salt. Research has shown that chloride helps maintain the resting phase of muscle movement. This electrolyte also helps excite muscle fibers. Lastly, it helps maintain fluid balance. 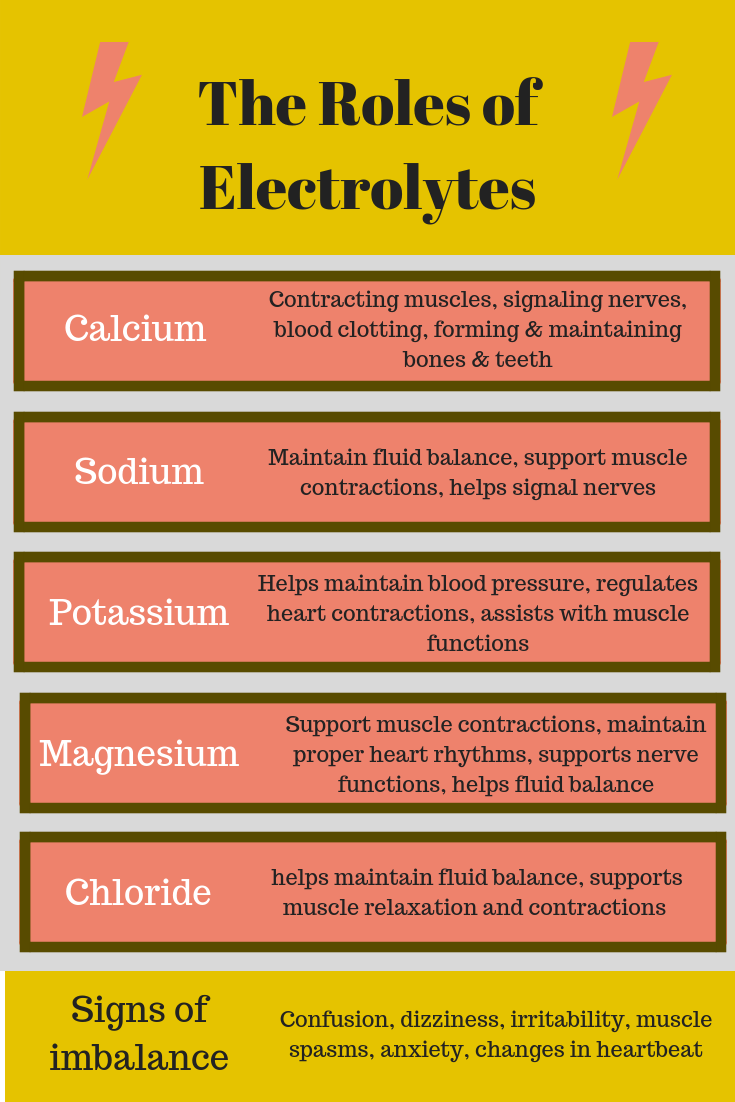 My blood test showed my calcium levels were critically low, which prompted an infusion of calcium through and IV. I also had low levels of magnesium.

After spending the past week pondering on my behaviors leading up to the race, as well as researching hypocalcemia, I wanted to share what I’ve learned.

Bones store the most amount of calcium in the body. When blood levels of calcium drop too low and dietary calcium intake is insufficient, the body will obtain calcium by extracting it from the bones. Ideally, calcium that is taken from the bones will be restored when calcium levels are replenished.

Unfortunately, individuals who have recovered from anorexia have significantly lower bone mineral density and doesn’t increase to the normal range even several years after the recovery from anorexia.

Why is this important?

Muscles cannot contract and relax properly without electrolytes. You can see that all five electrolytes play an integral role in exercise performance. It’s not surprising that when even a single electrolyte is out of balance, things go wrong.

But what we often don’t think about is how other medical conditions or illnesses can affect our body’s ability to maintain the proper balance of electrolytes.

Signs and symptoms of electrolyte imbalances vary from weakness, confusion, muscle cramps to nausea, which doesn’t make for a good day. It’s difficult to identify an isolated electrolyte deficiency without a laboratory analysis, like I had. But all five of these electrolytes can be depleted with exercise and as science has taught us, you can’t consume just water.

I’ve learned that I may have a higher risk of lower calcium levels due to my past eating disorder. It’s something that I had not been fully aware of before this race. This experience has made me more aware of what I have to do to prepare and recover from my runs.