In one of my nutrition courses we debated about which foods we considered edible and inedible. Some foods listed as inedible to some were insects, tongue, brains, and pigs feet. Others listed meats as inedible for the fact of being vegetarian. Even still some listed gluten as inedible due to allergies. And if someone is committed to a diet or is suffering from an eating disorder, a wide variety of foods may be inedible. As our class discussion proved, food choices are very individualized, complicated and influenced by many different factors. You may be thinking what does this have to do with vegan double-chocolate protein cookies?

Food choices are influenced by so many aspects, including how often you expose your tastebuds to new foods. The old phrase “it’s an acquired taste” is quite true for many. And for some it can take several times of trying a food before you enjoy it. Our tastes physically change based on exposing our taste buds to different foods.

A study reports that the ability to taste ‘real’ food diminishes when ‘artificial’ food is prominent in food choices. This study suggests that children who are exposed constantly to engineered foods have food palettes that are different than palettes of those who are exposed to fresh foods.

Taste buds are tiny clusters of cells that allow us to taste five different tastes: salty, sweet, sour, bitter and umami. Interestingly, each taste bud has three different types of cells that regenerate at different rates. One factor that influences the regeneration rate is body weight. Researchers at Cornell University have studied this connection intensely. One study produced by these researchers found that heavier mice have fewer taste buds present in their tongues. As well as the regeneration rate was slower, which could be the cause for fewer cells.

The low-sugar diet reduced calories from sugar by 40% and they were not allowed to include artificial sweeteners. They were also instructed to maintain their total caloric intake. During the first month, no differences in taste were found. When group 1 started the low-sugar diet, participants started to notice the differences in taste intensities. The same amount of sugar tastes sweeter to them after being on the low-sugar diet. This isn’t a post about eating less sugar but it does demonstrate that our taste buds are influenced by exposure.

Your gut also has taste receptors, similar to taste buds on the tongue. The receptors in the gut can influence the release of hormones that control blood sugar, hunger and appetite. These can also be influenced by food choices. Whatever species of gut flora you feed, those are the ones that increase. Eating foods higher in sugars or fats would encourage the growth of gut flora for these tastes. It’s not just your taste buds in your mouth that acquire certain tastes and preferences but it’s also your gut getting used to a certain level of stimulation. 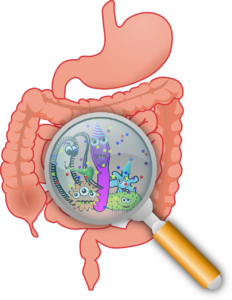 Taste for sweetness, fat, salty or sour depends on all kinds of things. There’s evidence that one of those factors is a person’s normal diet. Young or underexposed palates struggle with foods like vinegar, onions, broccoli, and instead prefer more bland, less flavors. We also hold prejudice against certain foods and we decide that we do not like something before we even try it. Remember the book, “Green Eggs and Ham” and how Cat doesn’t like them until he actually tries them? It turns out that the effect of perception bias on foods has been demonstrated through psychology experiments and the color of a food and the presentation of food impacts our willingness to try something.

The number varies but most agree that it can take several different exposures to a food until you like it. So go ahead, try these cookies that have chickpeas in them and let me know what you think. 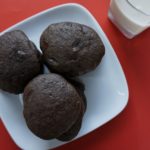 I was skeptical of chickpeas too but it works well. This recipe is modified from Superfood at Every Meal Cookbook
Keyword dessert
Prep Time 20 minutes
Cook Time 20 minutes
Total Time 40 minutes
Servings 18 cookies